In 2015-2016 I worked on over 55 characters for Marvel's Avengers Academy, a game by TinyCo for mobile and tablet. The characters were a team effort including modeling by Alessandro Manzani, Lorenzo Melizza, and Or Ofri, and textures by Sylwia Bomba, Sara Gianassi, and me.

I hand-painted the textures, which only use a 1k diffuse map, and are shown here with flat lighting (no shadows or specularity). Some portions of these characters were painted by the other artists. In-game the characters have a toon shader black outline, which is simulated here. Characters were based off of concept art by David Nakayama. The character models (each around 3-4k tris) were created by other artists listed above, though I made changes and fixes as needed. These are a few characters out of many that I worked on. Avengers Academy was released on February 4th, 2016. 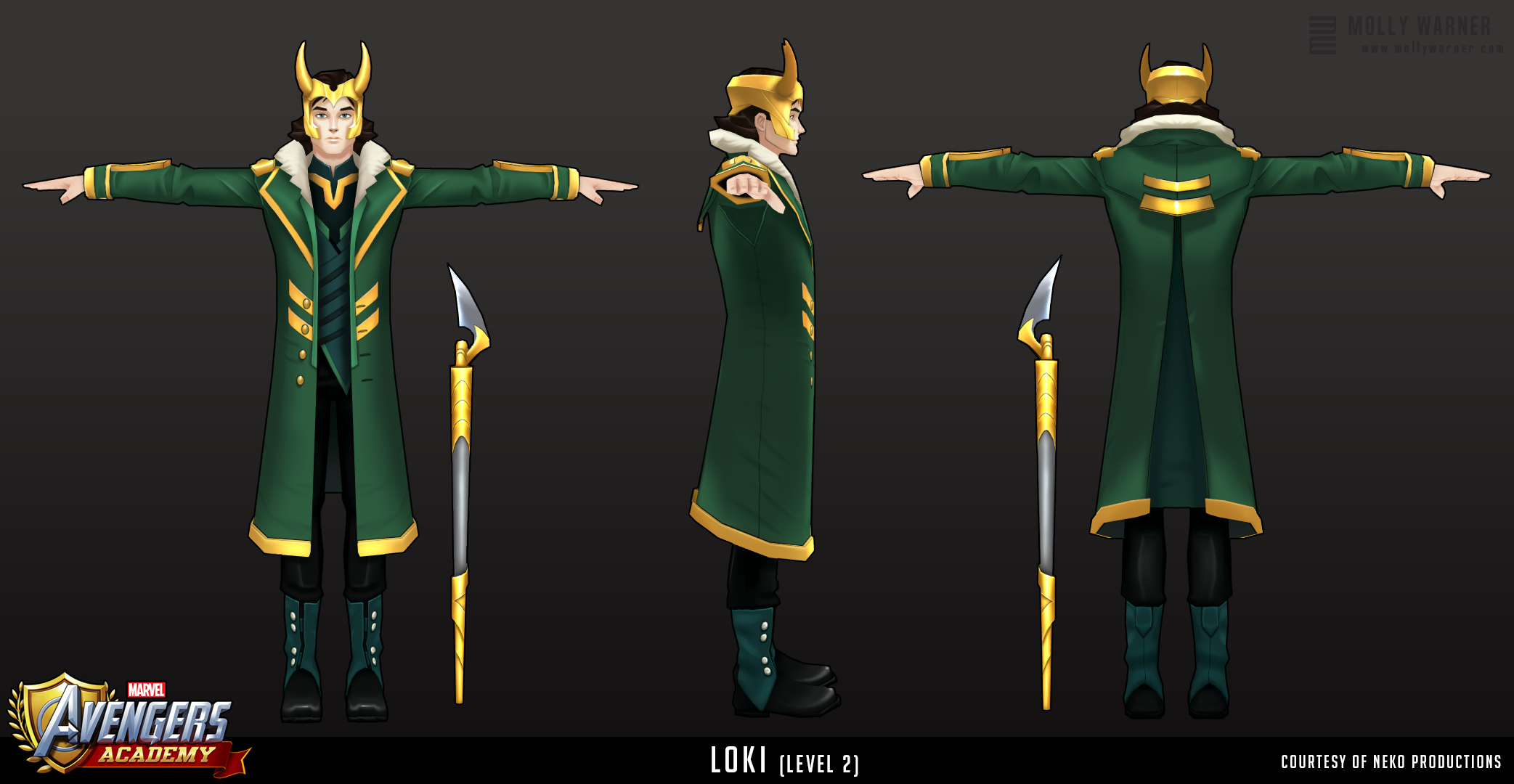 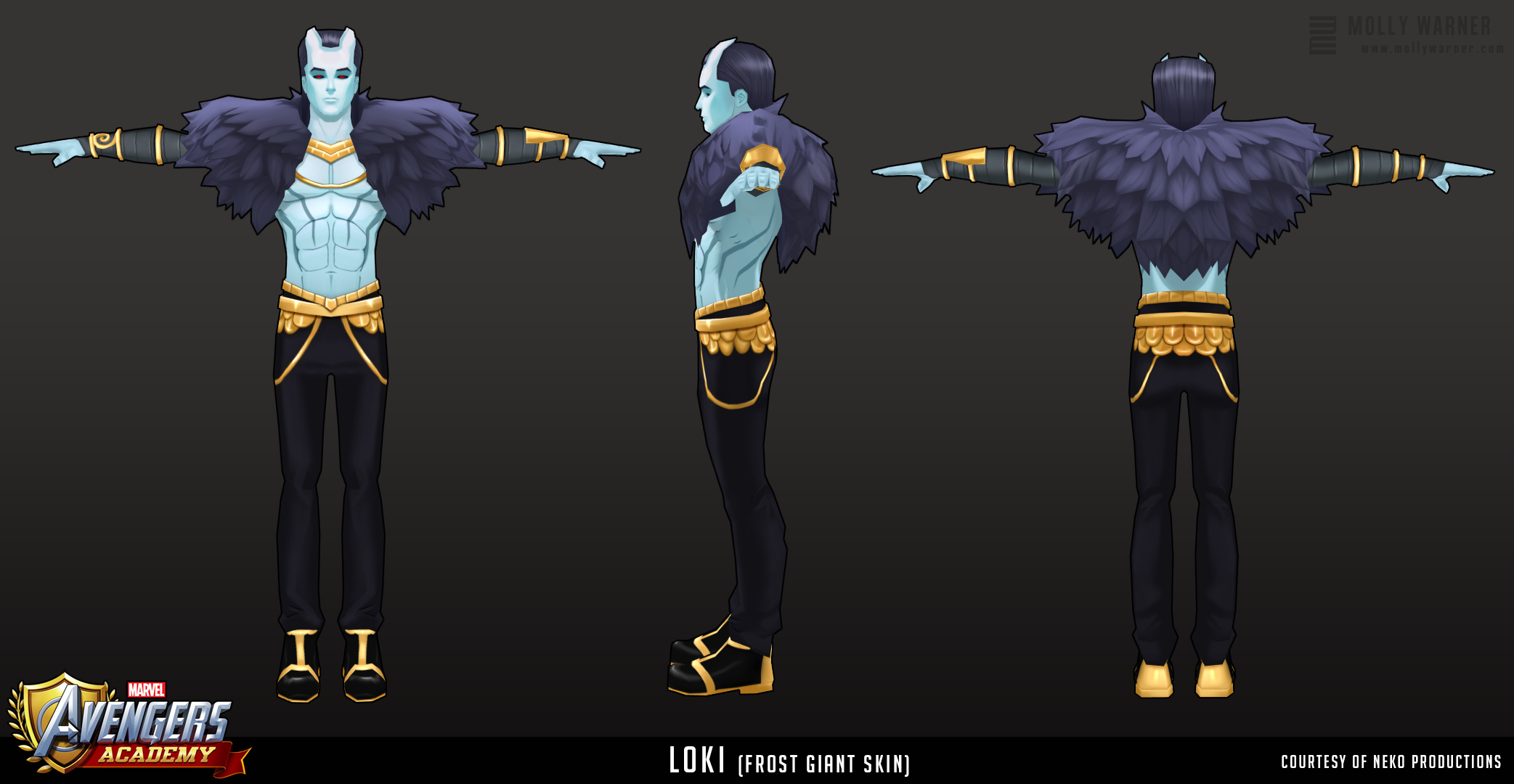 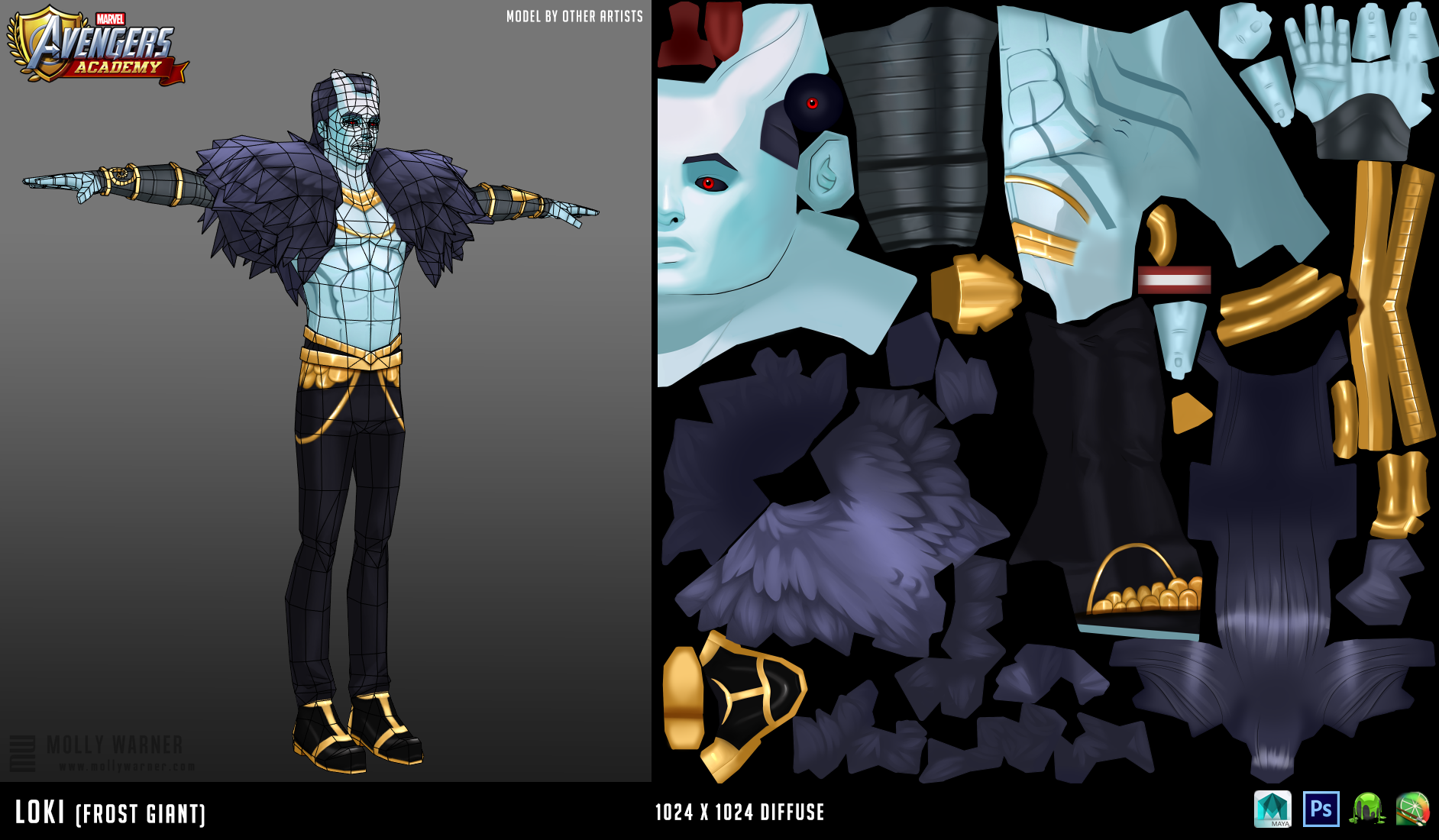 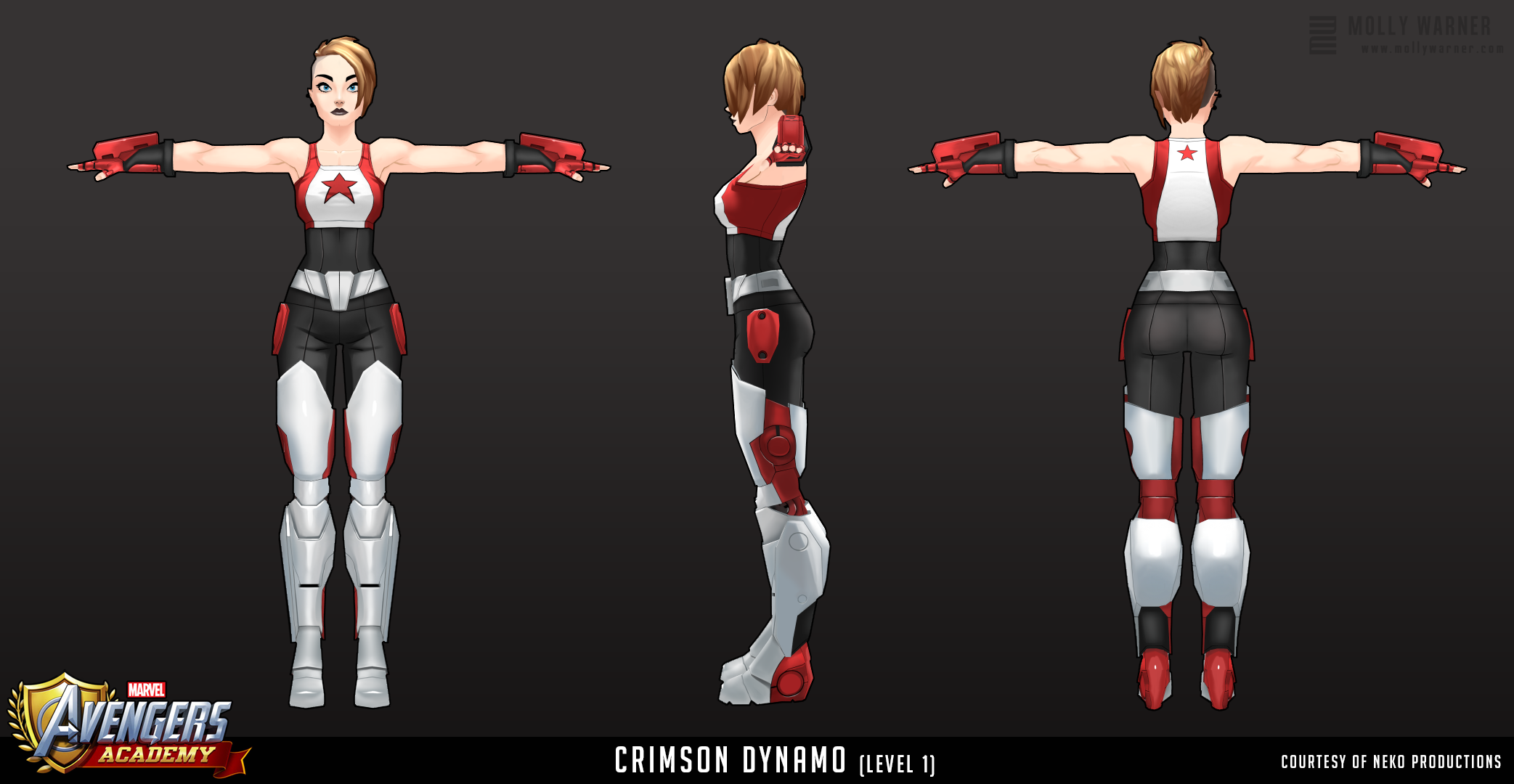 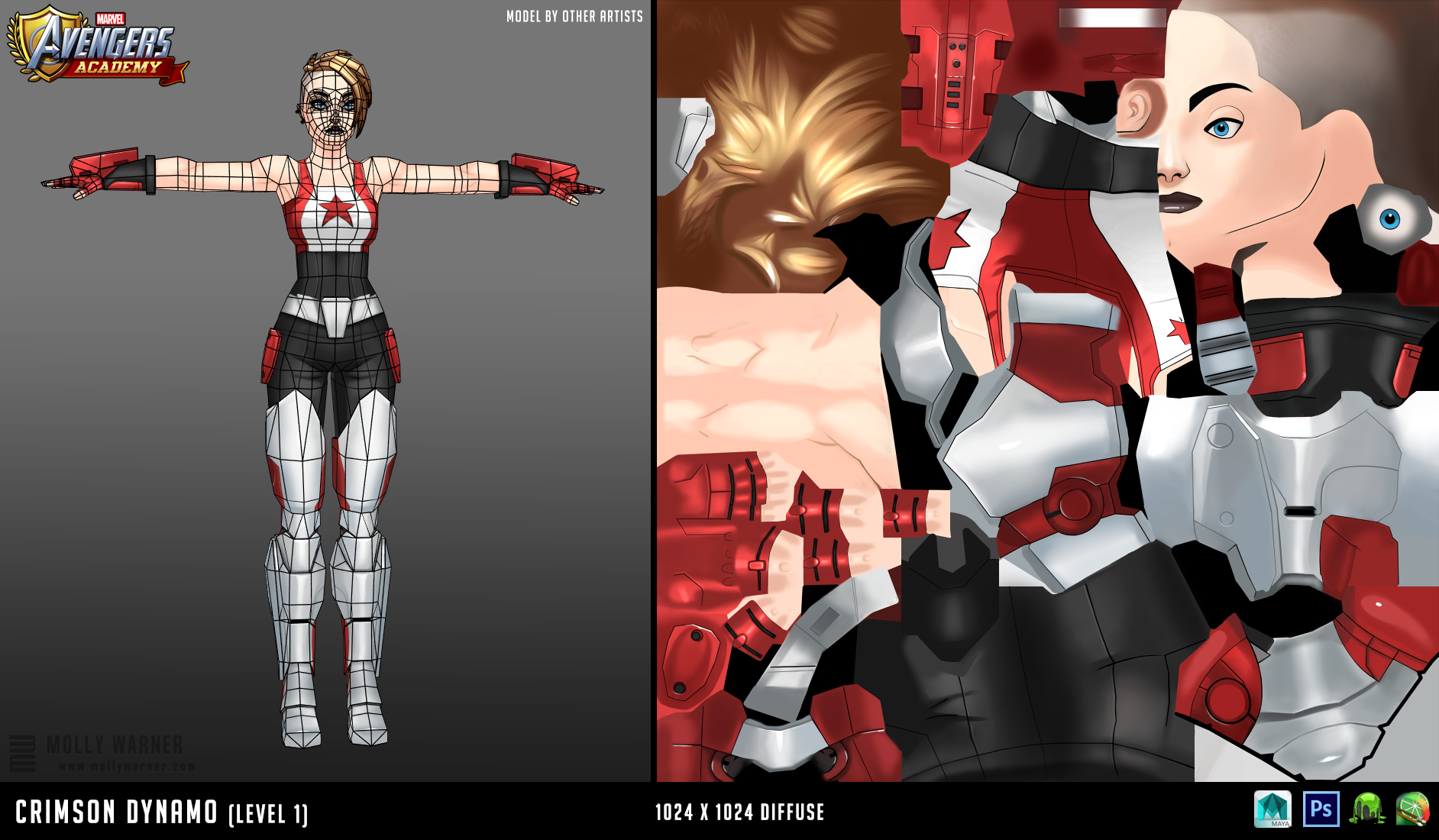 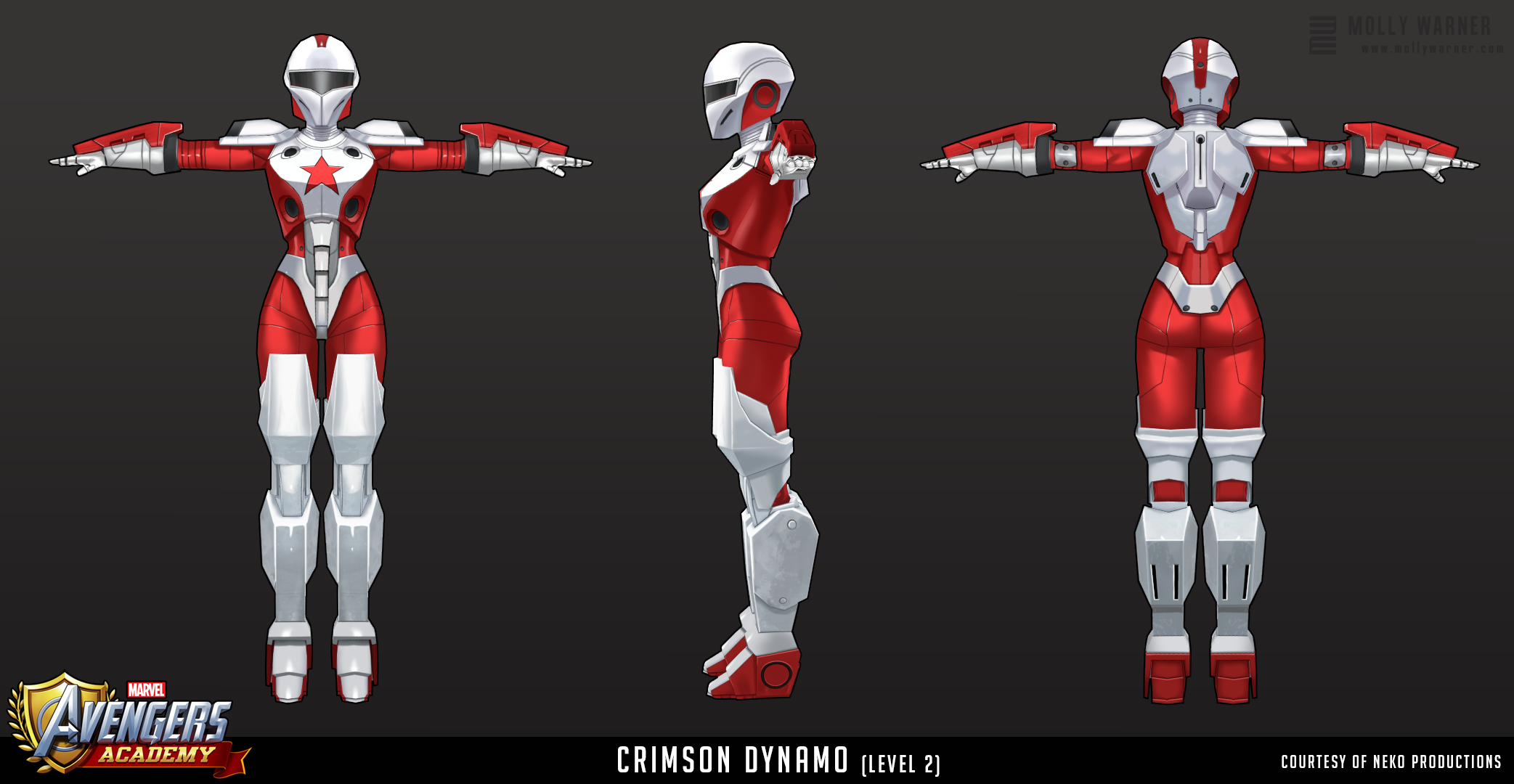 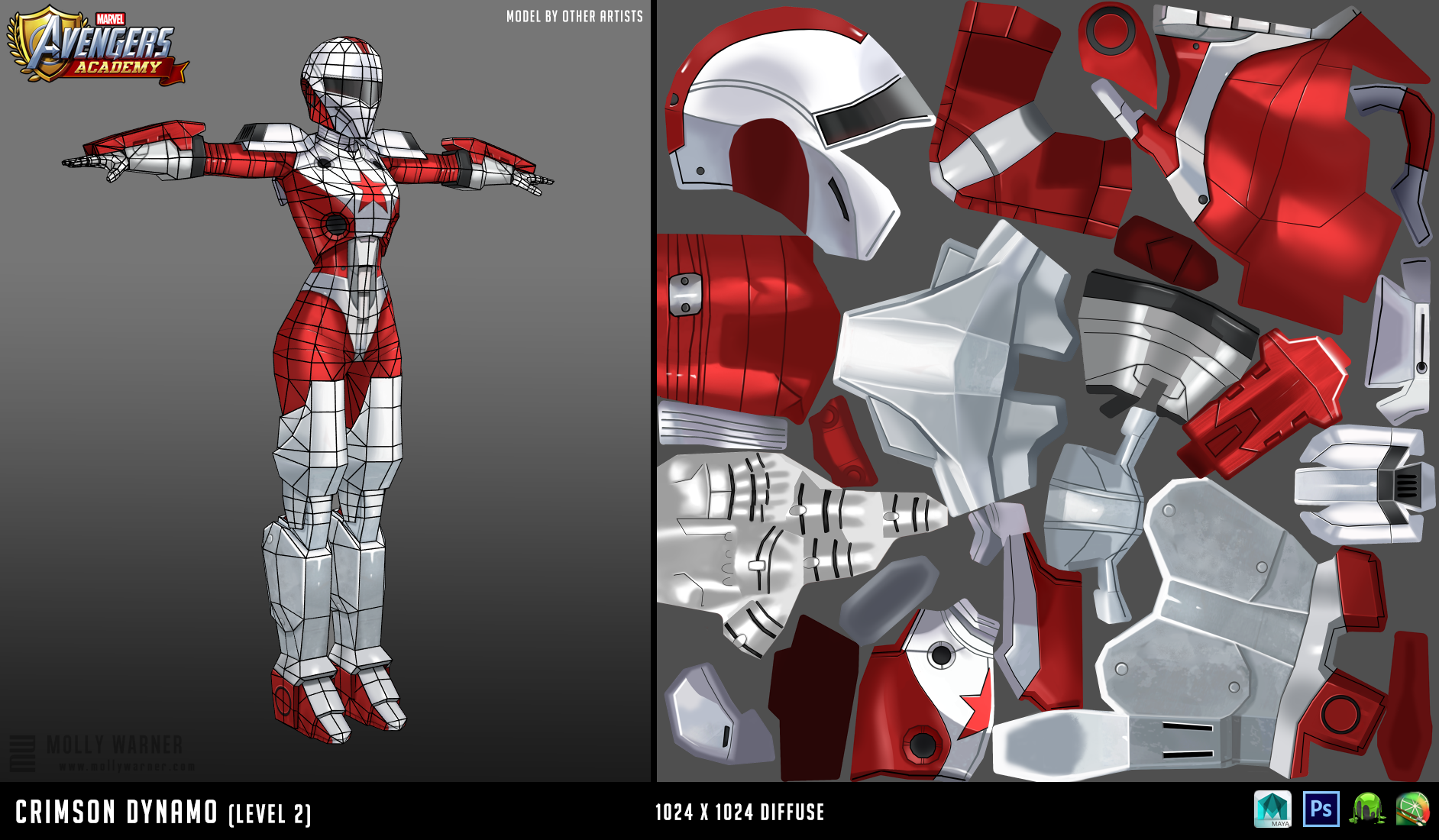 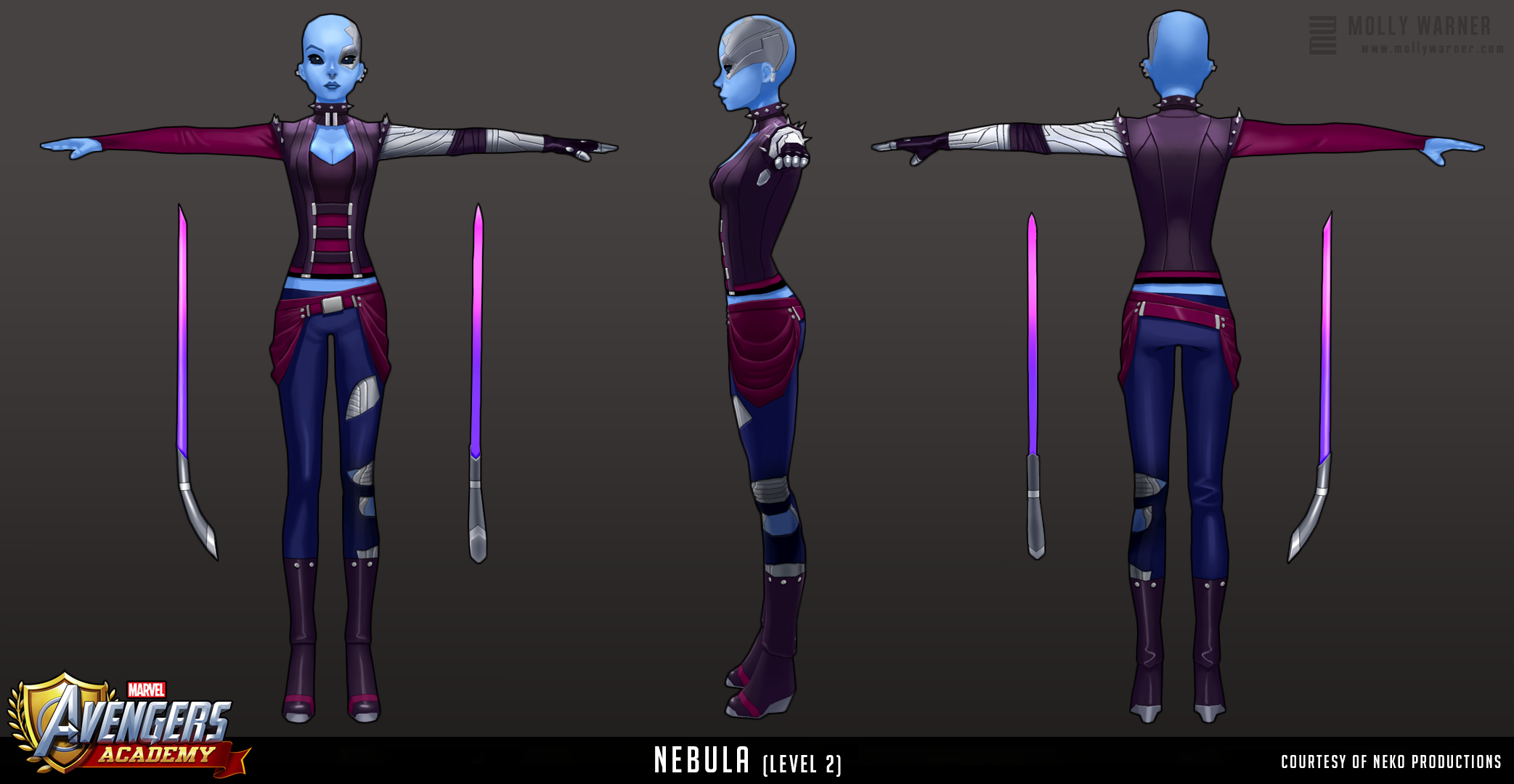 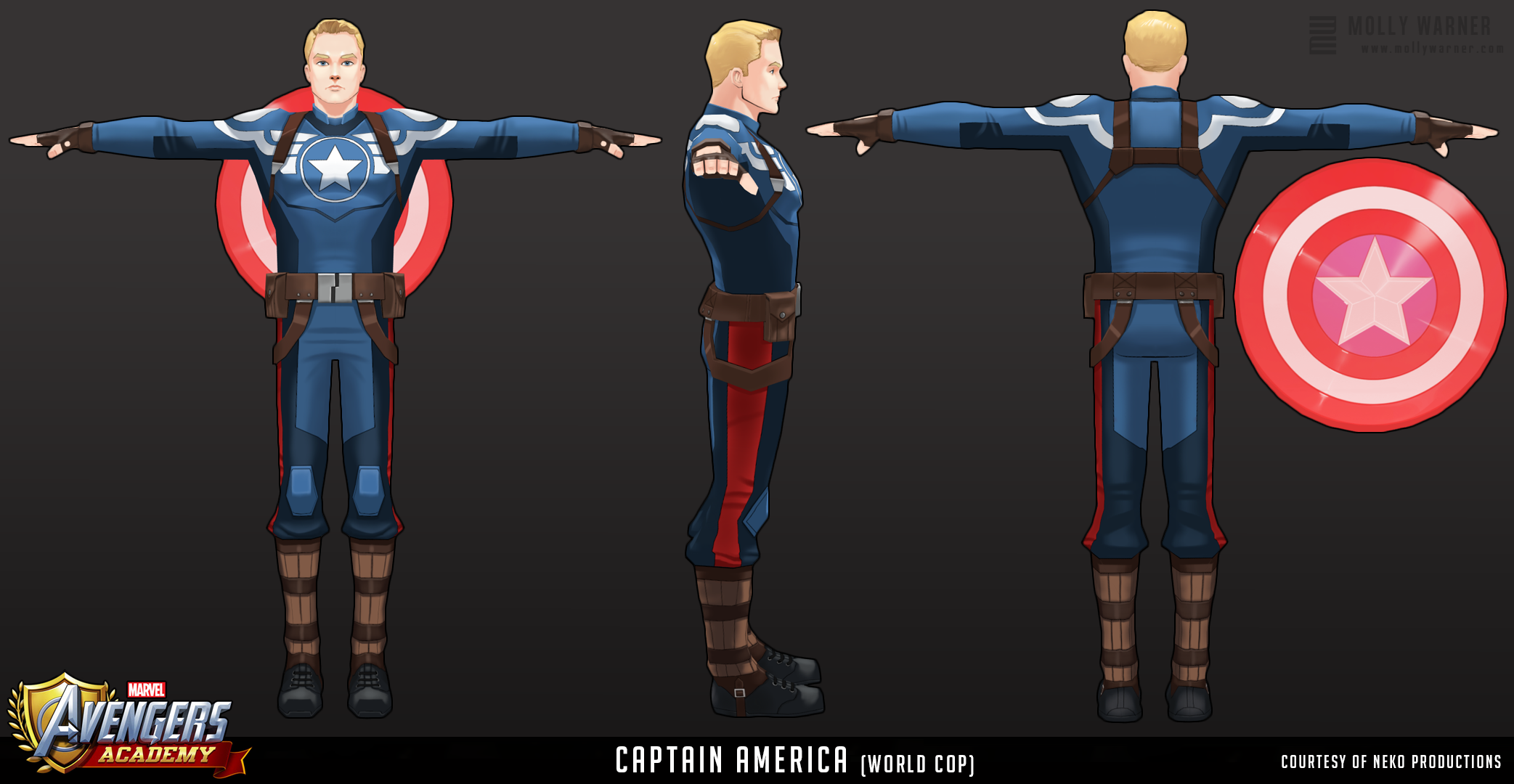 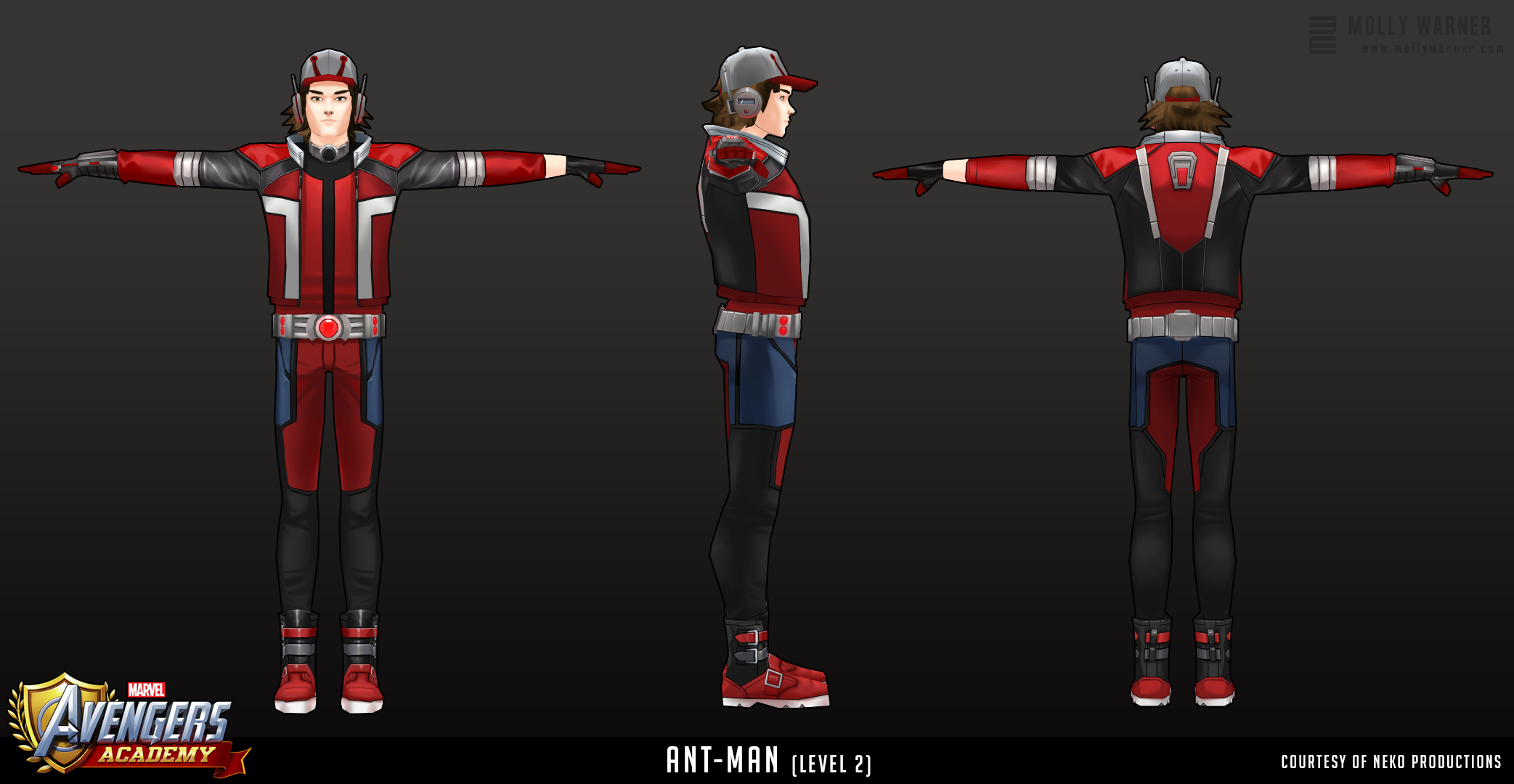 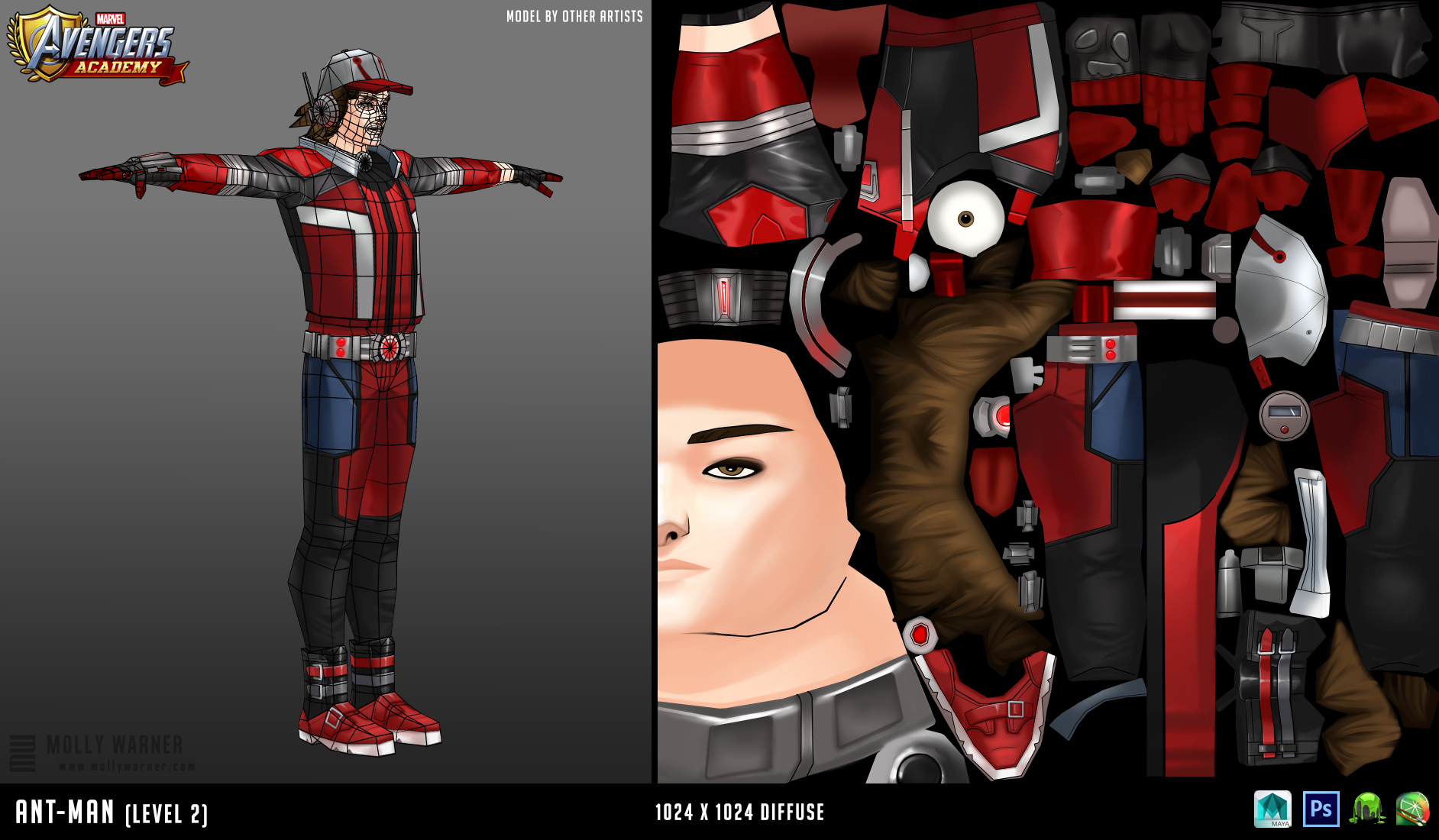 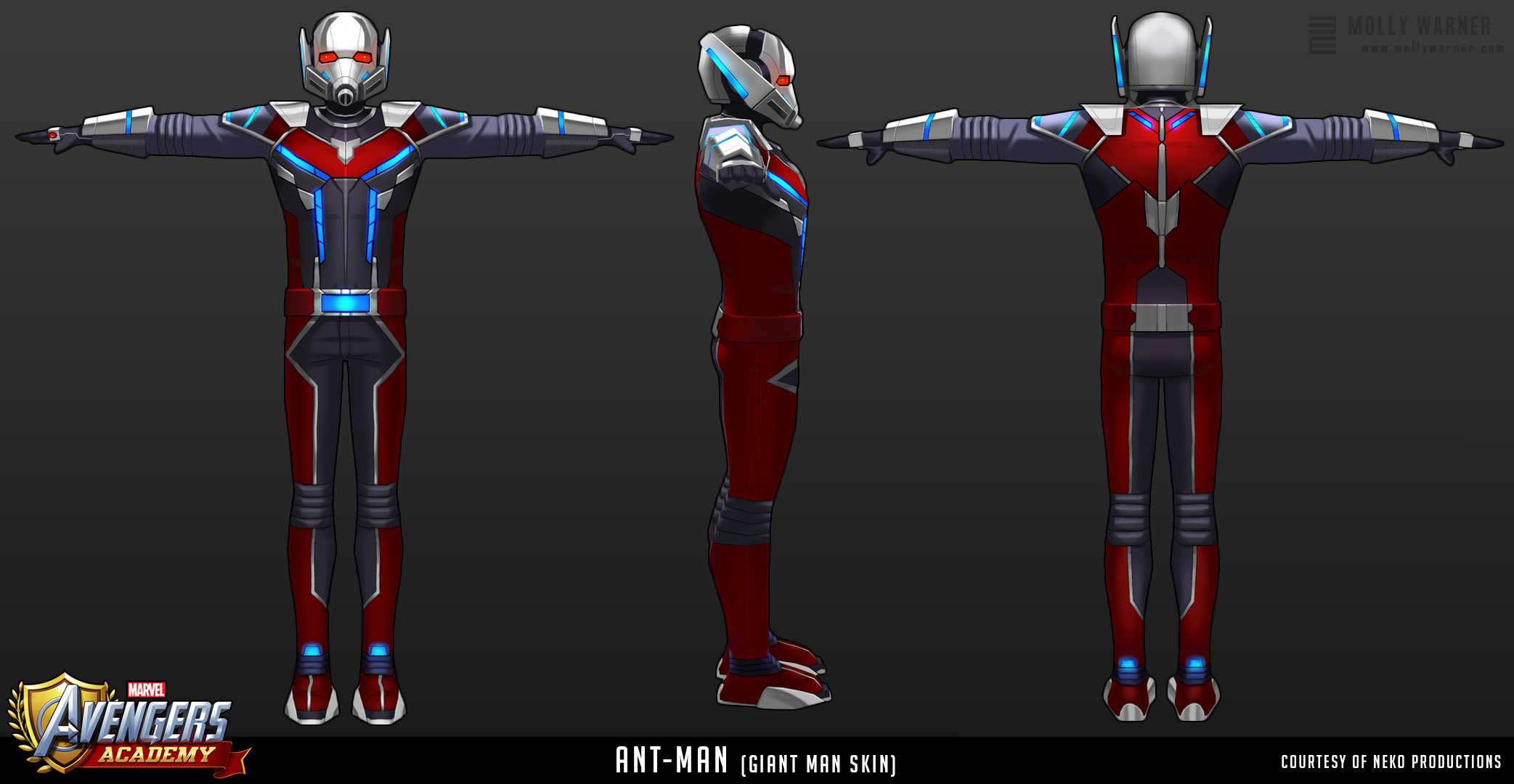 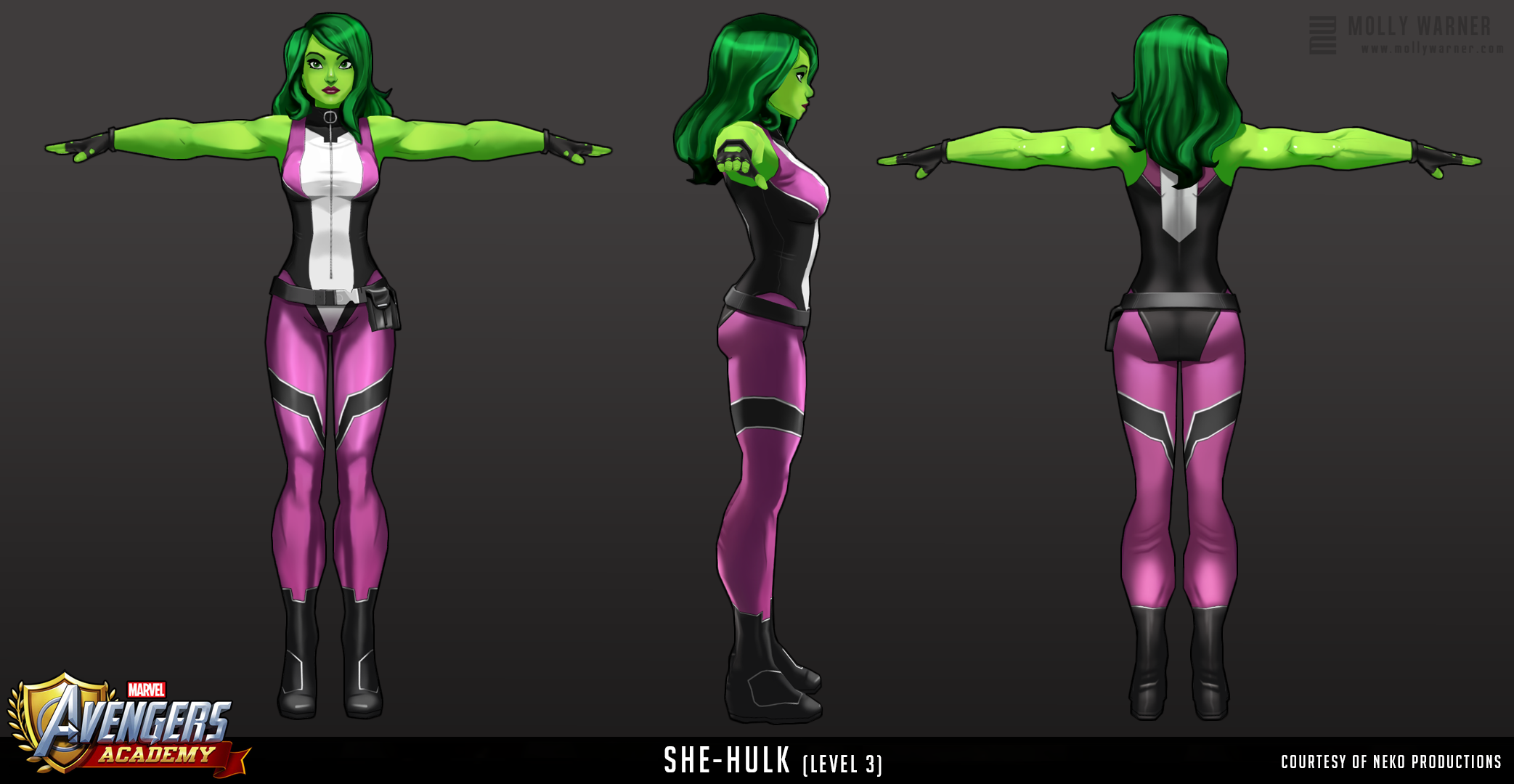 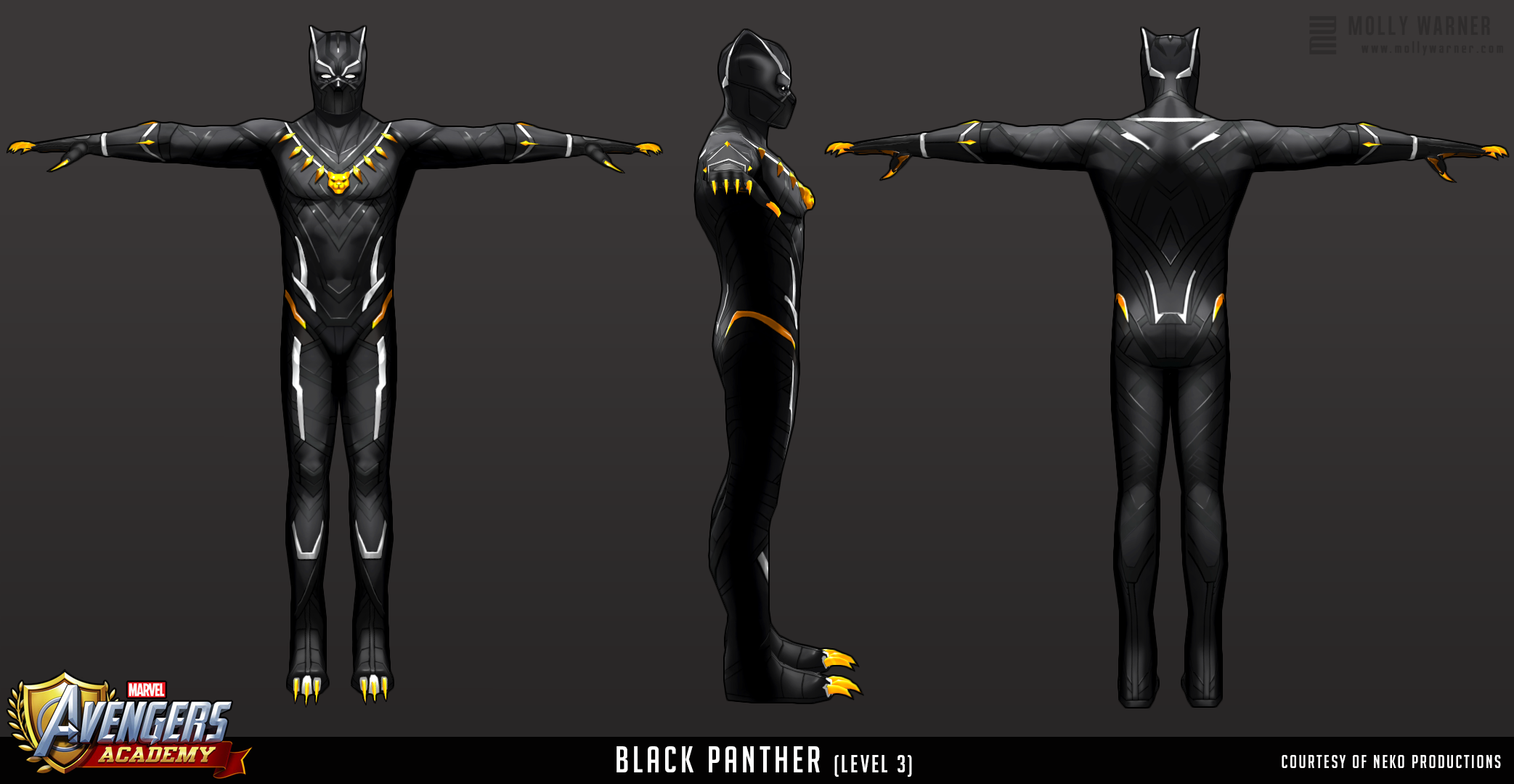 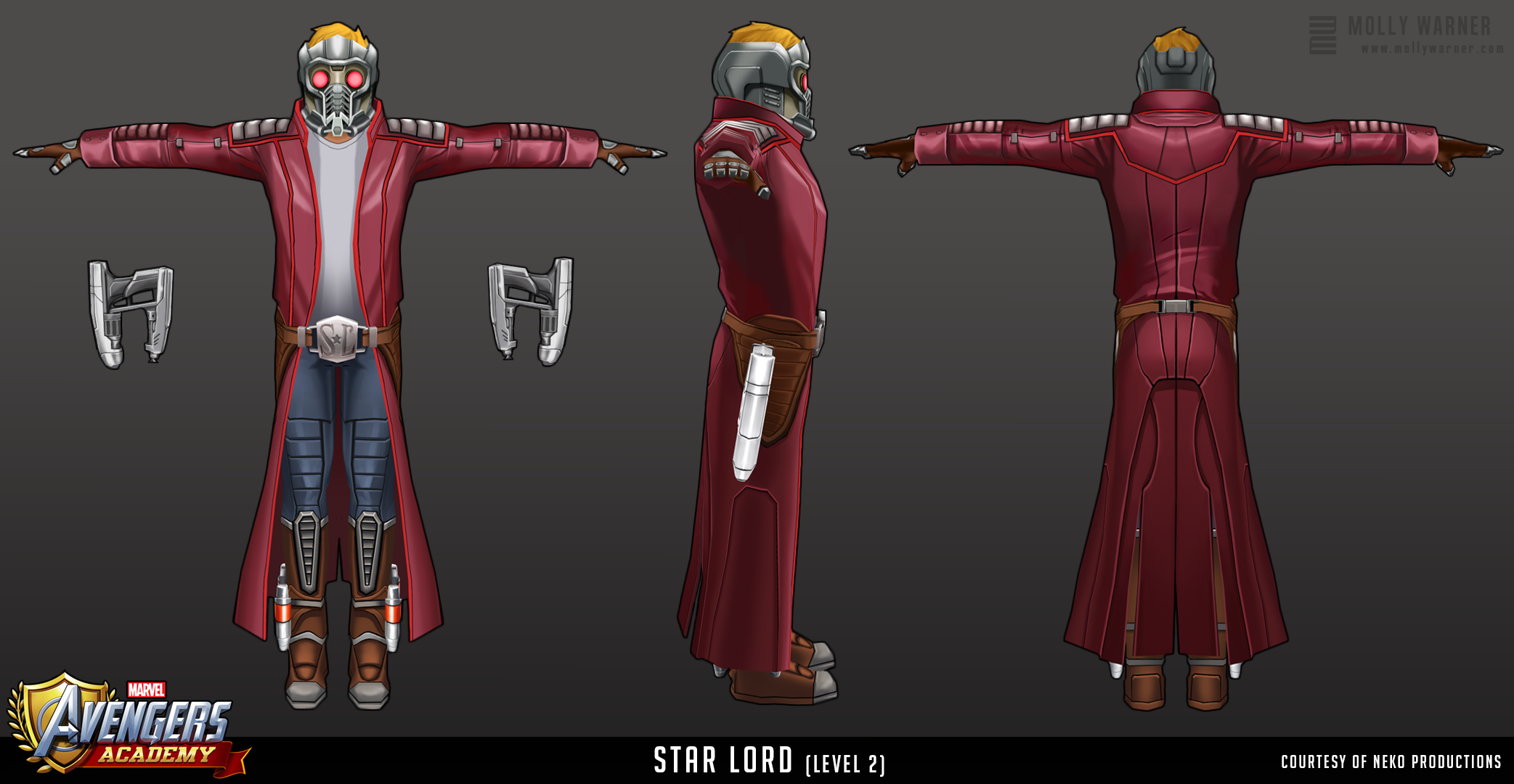 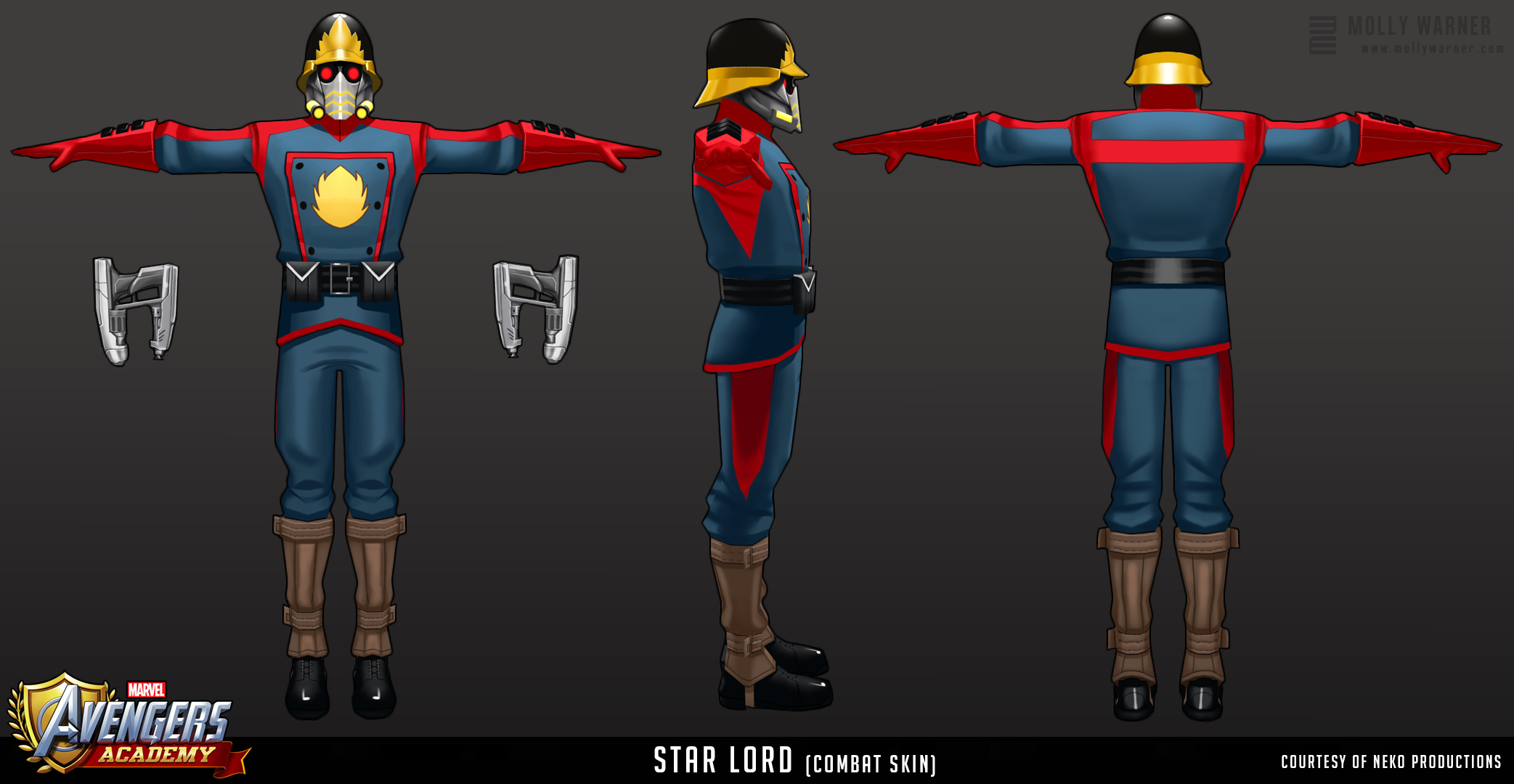 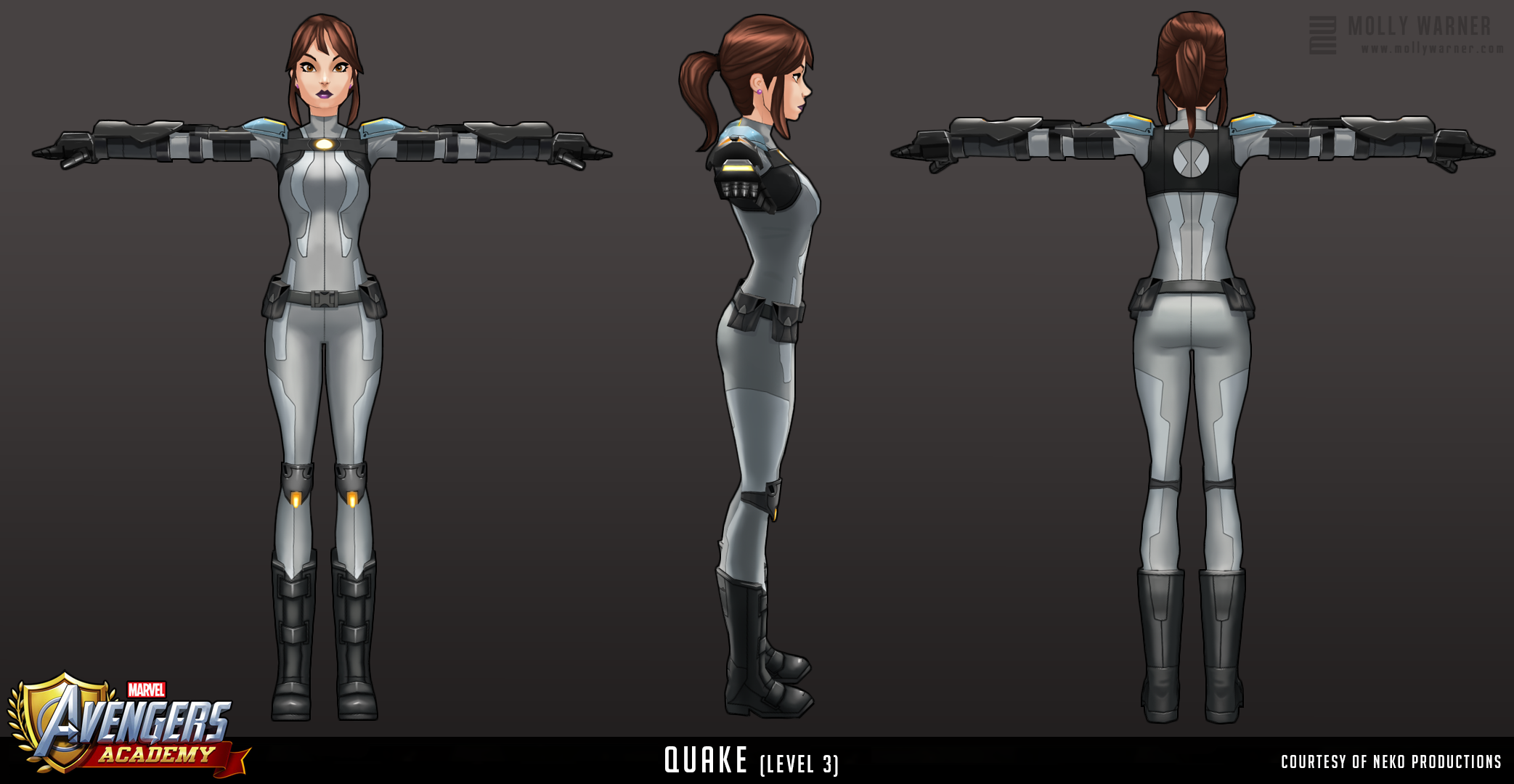